A blockchain is a growing list of records, called blocks, which are linked using cryptography. Each block contains a cryptographic hash of the previous block, a timestamp, and transaction data (generally represented as a Merkle tree).

Blockchain technologies is usually managed by a peer-to-peer network following all the protocols for internode communication and for validating a new node. Once recorded the data in the given block can’t be altered without altering all the respective nodes. Since these are unalterable blockchain may be considered secure by design.

How does Blockchain Technology work?

Blockchain allows digital information to be distributed but not copied. Blockchain creation depends upon some principle technologies. These technologies are 1) private key cryptography, 2) a distributed network with a shared ledger and 3) an incentive to service the network’s transactions, record-keeping and security, these can be explained by the following table:

What a Blockchain can do?

Blockchains are not built from new technology. They are built from a unique orchestration of three existing technologies.

Provides a system of record: In Blockchain technology, data can be stored in any of the following ways:

Encrypted Data – can be read by participants with a decryption key. The key provides access to the data on the blockchain and can prove who added the data and when it was added. Unencrypted Data – can be read by every blockchain participant in the blockchain and is fully transparent. Hashed Data – can be presented alongside the function that created it to show the data wasn’t tampered with. Time-stamped series of an immutable record of data that is managed by the cluster of computers that aren’t owned by a single entity. Also, it creates unique records with a unique history.

Blockchain in IoT: Any material object is a “thing”. It becomes IoT(Internet of Things) when it has an on/off switch which allows it to be connected to the internet or to each other. Once the object is connected to the internet it becomes more than an object since it can perform more tasks. Now the questions that come in mind is how IoT helps you? Well, this can be explained by some examples like your printer automatically from the online vendor when it runs low, your clock automatically schedules the tasks according to your routine, etc. Now where blockchain comes into the role, the answer to this is blockchain provides security to the Internet of Things since billions of devices are linked together so the threat of cybersecurity is always there. Then, there’s the problem of how to organize and analyze this massive amount of data that’s coming from these related devices. The blockchain ledger system ensures that information is only accepted and released to trusted parties. The ledger grants parties a management platform for analyzing the vast amounts of data. Example of Blockchain IoT Application: Supply Chain Sensors: Sensors give companies end-to-end visibility of their supply chain by providing data on the location and condition of the supplies as they are transported around the globe.

Blockchain in Governmental use: Blockchain has numerous possible applications for the public sector. Through blockchain technology, governments can improve the way they deliver services, prevent tax fraud, eliminate bureaucracy, and reduce waste. Digital cash transactions can help reshape financial transactions between the government and its citizens. Earlier pen and paper way was used in government offices which lead to delay in work and also has made the hallmark of government offices: bureaucracy and corruption. These mistrust issues are solved by implementing blockchain technology at work. Blockchain creates a trustless environment for regulatory activity and works to combat slow, expensive multi-step processes that require several intermediaries. Blockchain Technologies interventions in government practices have strong use cases for various departments from healthcare benefits to social security benefit distribution to improved document management and storage. Decentralized tech offers hope that governments can achieve more streamlined operations and cut off back-office operations.

Blockchain in Digital identities: In business whether small or large security is the main concern. Blockchain technologies make tracking and managing digital identities both secure and efficient, resulting in seamless sign-on and reduced fraud. It offers a solution to many digital identity issues, where identity can be uniquely authenticated in an irrefutable, immutable, and secure manner. Blockchain uses identity verification using digital signatures based on public key cryptography which is always unique. It is concluded that whoever has access to the private key is the owner and the exact identity of the owner is deemed irrelevant. Blockchain technology can be used for identity verification like IDs, online account login, E-Residency, passports, and birth certificates.

Role and Impact of Big Data in the Accounting Industry 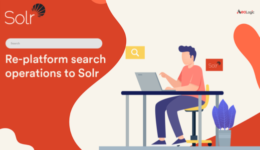