IoT is one of the most emerging technologies which is trying to revolutionize the world. This is not a small thing. IoT is empowering the computers so that they can hear, smell, see the world for themselves. In today’s world computers are mostly relying on humans for the information.

We have a huge amount of data on the internet almost around 50 petabytes which were first uploaded by humans by typing, recording, digital pictures, and many other things. Think about it if we had a computer which is able to type, record, take digital pictures and do every possible thing a human can do without any help from humans. So IoT is so powerful in today’s world to do all the things that a human can do like driving a car, treatment of any diseases in hospitals and many things.

Now let’s simplify this term and know more about the fundamentals of IoT.

Daily life example to solve your problem “A smart Refrigerator”.

Imagine a situation if you have a baby at your home and he/she use to drink milk every night before sleeping and unfortunately, it is not available or imagines you want to cook some food but vegetables are not available in refrigerators. In that situation, you must have wished that someone would have informed you about the milk or vegetables and you had bought them before. But now you don’t have to worry about these things because this is possible with IoT ( Smart Refrigerator ) now which not only notify you about the consumed item or non-availability of any item in the fridge but can also order them online before they run out.

Isn’t it so interesting? Yes, it is and it will solve many problems and make you free for doing all these things manually.

Hope so while reading this you all want to know the name of such a great person who invented this which is solving our day to day problem in real life without our involvement.

The basic architecture of IoT required the following things:

Presence Of AI in Web Development 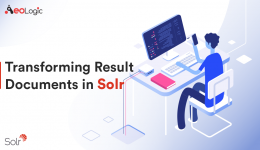 Artificial Intelligence is Transforming the Future of Healthcare Industry