Keeping an account of weapons is a crucial safety task for keeping personnel safe. RFID Armory Management System is helping maintain in-depth records of who and when weapons are being handled. Read on further to learn how an RFID firearms armory can help in improving weapons organization.

Secure Exchanging of Weapons Ammunition & Equipment in your Armory

Since the RFID Armory Management System is using the latest in database software. And RFID technology is enhancing the security, accountability, and efficiency of your armory. The system is devised in such a way as to track and inventory weapons, ammunition, and equipment. As these items are issued, returned, and stored. Furthermore, the RFID Armory Management System for weapons is maintaining a complete chain of custody on each asset in the database. From initial acquisition to final disposition and actively managing personnel access to those assets. Since RFID chips are kept discreetly within each asset. Additionally, RFID antennas are mounted at armory exchange windows to automatically track assets as they are issued and returned. In addition, the system is monitored by a touchscreen monitor affixed to each exchange window. Also, it is optimized for fast, accurate, and secure exchanges.

For initiating the issuing process, personnel presents the armorer with their Common Access Card (CAC). Therefore, when the armorer will be scanning the card into the RFID Armory Management System, it will be showing the default post to which the individual is assigned as well as the weapons, ammunition. And equipment that he or she is needed to carry to that post. Furthermore, unique to personnel, the status window on the weapon RFID system, will also inform the armorer of his or her arms and weapon certification statuses. It can state whether users have any equipment and what post he or she will be going to next.

Hence each post can be assigned different sets of required equipment, which is shown in the window on the right-hand side of the screen. If a post needs a piece of equipment for which personnel is not certified, the system will notify the armorer. Thereafter, it will be requiring an override authorization for proceeding. The same notification will alert staff who are not authorized to be armed. Once the armorer confirms the status of the personnel member, he can start issuing weapons, ammunition, and equipment from the exchange window. The weapon RFID system antennas are automatically detecting what equipment is being issued. And hence, confirming on the screen as well as with a wall-mounted light stack that will flash red, green, and yellow when equipment passes through the window.

Returning a weapon also starts with a scan of a CAC. The RFID Armory Management System for weapons will be confirming that the transaction is a return. Thereafter, it will be displaying all of the equipment that a personnel member currently has assigned to them. The RFID antennas will be automatically tracking weapons, ammunition, and equipment. As an added security degree, the system can also be configuring to demand electronic signatures for each issue or return.

Also read: Benefits of RFID in Asset Tracking Management for the Navy

Taking Inventory Of Weapons With The RFID Armory Management System

A typical armory inventory is requiring approximately three-man hours to complete. Using the system’s portable RFID scanner, a typical inventory will be taking less than 10 minutes. The armorer waves the scanner over each storage rack and the scanner automatically identifies all present weapons and equipment. When the armorer reconnects the scanner to the RFID Armory Management System’s software, the database will update with the current location of all inventoried equipment.

With the RFID Armory Management System for weapons, armory exchanges have never been quicker and more secure. The system will be automating the verification processes for personnel, posts, and hardware. With automatically tracking, verifying, and reporting equipment as it moves in and out. To learn more about the RFID, contact us by phone at support@aeologic.com and we will put you in touch with a representative.

How far can RFID be tracked?

Active RFID systems generally operate in the ultra-high frequency (UHF) band and provide a range of up to 100 m. Typically, large objects, such as rail cars, big reusable containers are using active tags. And several other assets that need to be tracked over long distances.

How does RFID operate without power?

Since passive RFID tags are having no power of their own. And are powered by the radio frequency energy transmitted from RFID readers/antennas. Therefore, the signal sent by the reader and antenna is used to power on the tag and reflect the signal back to the reader.

The Future of Air Travel in a New Age of Technology

Importance of Artificial Intelligence in Transportation 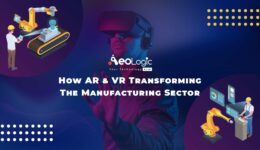