The new decade of 2020 or the next stage of “digital evolution” welcomes the world with a promise of hyper intuitive cognitive capabilities and emotionally intelligent interfaces that will rebuild businesses in numerous unpredictable ways. As the tech community (for invested implementation) prepares itself for the new age of disruptive changes to arrive at it’s matured stage, it becomes wise and necessary to have a look at these digital transformation trends.

Conversational Artificial Intelligence- Siri and Google Assistant are always at swords for their accuracy in answers, but still they both lack in understanding the right intent. Applied conversational AI, fixes this disconnects as it understands the relevance and personalization within humans for successful computer interaction. Conversational AI has an automated speech recognition program that understands natural language and forms a response that exhibits a customized dialogue. Conversational AI is used mainly as FAQ Bots, Virtual Customer/Employee Assistants and Virtual Personal Assistants.

Smart Cities- One of the most scout digital transformation trends; A “smart city” is basically a city that interconnects all public services using digital and communication technologies. What happens with this? The resulting improvement in performance and quality of urban services subdues cost and resources depletion within the city. In simple words, a smart city is an optimized city, the development of which depends upon the willingness of Governments to change or reform. All technological advancements are built on one single ambition i.e interconnectivity for the optimum utilization of resources. Internet of Things and Artificial Intelligence are two technologies that inspire smart city programs all across the globe.

“We will also infuse lots of private participation to infuse capital in the planned and upcoming cities. Also, cities that will improve the fiscal strength will get a major portion of the central government grant,” and “The government is also looking at increasing public-private participation in the smart cities through incentives mechanism,”– quotes Kunal Kumar-Mission Director of Smart City India.

Rise of Cognitive Technologies- The new decade from 2020 will see a rise of cognitive technologies like machine learning, robotic process automation, neural nets, and natural language processing. These technologies have the potential to personalize and contextualize the human-technology interaction further allowing businesses to offer tailored language and visual-based information or services. These cognitive technologies in with their best combinations have the ability to reorganise the tech industry which is why the overall spent on them by the year 2022 is estimated to be around $ 77.6 Billion.

Future with Robotic Process Automation- Robotic process automation is a branch technology of Artificial Intelligence and is supposed to replace low-value ordinary manual tasks with robots. In short, RPA is supposed to make enterprise work easier as automating tasks can consequently reduce costs. But the catch with RPA is that it has to be deployed intelligently keeping in mind that there is no duplicity of inefficiency.

“RPA bots can handle many of the activities associated with account opening, evaluating credit limits, and identification and explanation of changes in risk exposure. The use cases continue to expand.”– Forbes

Blockchain- The price of Bitcoin today is up and about $ 10k’; what’s making the price swell? The promise of Blockchain and the much-needed decentralization of power. Noted as the best digital transformation trends of 2020, Blockchain has evolved out of its controversial title- “just a buzzword”. Blockchain has brought an era of exploration and experimentation, which means it is best for developing countries where FIAT currency is still like a gold mine waiting to be shovelled. The promise of decentralization and independence of artificial manipulation as provided by Blockchain will bring hope back for unstable economies and weak institutions.

“As the blockchain technology that supports not only cryptocurrency but many other business applications, matures, we are already seeing the real value emerge. The impact of distributed ledger technology may be greater than any of us realize — it has the potential to change economics, business and society, and we’re just beginning to scratch the surface of what’s possible.”- Allison Clift-Jennings, of Filament

Final Words- These digital transformation trends are the beginning of a whole new digital revolution which has motivated public and private collaborations. It is indeed a new era of personalization for both customers and companies, where major advantages appear to be fascinated by Artificial Intelligence. AeoLogic works in direct sync with the Indian Government on smart cities, blockchain and artificial intelligence, for the direct benefit of the economy. AeoLogic understands these transformation trends require a long-term commitment to focused and incremental progress; get in touch for an enterprise consultation today. 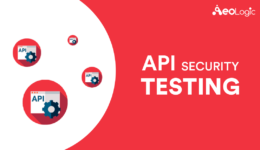 How AI is Helping Scientists in the Fight Against Covid-19