In this Blog, we’ll have a detailed comparison between Flutter and React Native, and in last conclude which one is better according to the given circumstances.

Since everything around is directly switching over to modernized technologies and the demand for mobile applications has been increased rapidly in recent years. Now, what are the actual needs for a business of mobile apps, let’s find it out first.

1. It creates a Direct Marketing Channel for the business: Since it helps the business to get in touch with their customers and also customers feel satisfied since their questions and queries are solved on their fingertips.

2. It helps in Building Brand and it’s recognition: A mobile app is like a blank billboard sign. An application must have features your customers will love, while at the same time is well branded and beautifully designed. The more often you can get customers involved with your app, the sooner they will be inclined to buy your product and/or service.

3. Helps the business to stand out from the competition: Since there is that much demand of mobile applications but still small businesses don’t offer it to the customers and this is where you can take a big leap ahead of your competitors. Be the first in your neighbourhood to offer a mobile app to your customers. They’ll be astonished by your forward-thinking approach.

Flutter vs React native are the two main development frameworks which are competing to prove their worth and that they are the host of the cross-platform mobile app development.

React Native was introduced by Facebook, and in no time the framework gained so much importance and the companies who started using it also benefited by this framework. That’s why it’s known as the future of hybrid apps. React Native allows code reusability but it is restricted to some basic components and also it takes a lot of time. It’s a popular platform that allows third-party packages to enhances app usability.

On the other hand, Google launched Flutter with the main aim of creating beautiful native applications and helps them in developing cross-platform apps with ease. It allows overwriting of code i.e,  Flutter provides code reusability. Various third-party applications and effective community discussions.

Comparison of React Native Vs Flutter in terms of Google searches is given below :

# COMPARISON ON THE BASIS OF PROGRAMMING LANGUAGE  :

The key benefit of using a cross-platform mobile app development technology is the ability to use a single programming language to develop apps for both iOS and Android.

# COMPARISON ON THE BASIS OF UI Component and Development API :

# COMPARISON ON THE BASIS OF  CI/CD Support and DevOps :

Continuous Integration and Continuous Delivery practices are really helpful as it provides continuous feedback and it also avoids releasing codes with bugs.

Flutter is clearly the winner if we talk about the discussion we had above because it provides more features and dynamic framework. It is lacking only because of one reason that is community support, developers find JavaScript more familiar for mobile application development. This being said, while Flutter is still young, there is a lot of positive feedback coming from developers. Google seems set on pushing its framework, and it’s gaining popularity as a result. 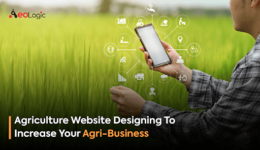