When Satoshi Nakamoto, created Bitcoin, based on Blockchain in 2008, there was a furore, over the whole digital community about the tech that cannot be altered, cannot be centralized, cannot be hacked. Based on complete autonomy, blockchain is a decentralized distributed ledger, that records transactions in blocks that too in continuity. So, the information stored in these blocks, on the whole chain, cannot be hacked but can be openly customized which again gives powers to the blockchain miners or the public. This innovative blockchain technology evidently created a ruckus in the governments of all geographic areas since it is able to replace vast swathes of legacy systems.

But as Bitcoin- a prophet of Blockchain, came out alive of the whole pricing drama since 2018, which is now running around $10k; Blockchain has been accepted in multitudes of proportion across countries.

Before moving into the big question of how innovative blockchain technology will transform industries, it’s evident to answer– If blockchain cannot be hacked then why were Ethereum and Bitcoin hacked? Bitcoin and Ethereum are hacked on crypto wallets, and exchanges storing them online. In case a hacker obtains access to Ether and Bitcoin present on crypto wallets, and their keys (important for the transaction), then they can easily steal them or transfer them into cold wallets.

How Innovative is Blockchain Technology for the New Decade of 2020, Especially in the Telecommunication Sector?

Blockchain has dramatically shifted the way in which industries do business. This also affects competition as well. The digital transformation, influenced by blockchain technology somewhere has brought businesses closer to better problem-solving efficiencies.

Since the telecom industry plays a major role in assessing the technological revolution of the world, blockchain technology can help the industry in achieving the maximum advantages. Here’s a look at few of the problem areas in the telecommunication industry that blockchain tech can assist in-

IoT- Internet of Things will have 21 billion connected devices by the year 2021. This means that the whole telecom industry will be under pressure to create a converged platform. Why? So as the industry will be able to support multiple functionalities and handle the weight of IoT. Since we all know, that security of IoT is a challenge, this is where innovative blockchain technology comes into the picture. Decentralized and Distributed, blockchain tech will keep attackers at distance.

Development of 5G- The latest generation of cellular network, is anticipated to enhance the carrier’s capacity and latency. The combination of innovative blockchain technology and 5G has the capacity to unleash a wave of economic value. Blockchain will offer a secure way of automation for 5G. Through high speed, leveraged from 5G, and connected IoT devices can benefit security, immutability and decentralization from blockchain tech.

Network Security- One of the major issues telecommunication industry face today is security. Having a few select players in the telecom industry today, the fight for offering high-quality data, along with superficial voice services at an affordable price range, is tough. This means the telecom industry has to resolve operational and technological difficulties in security, especially, which can be easily be accomplished with blockchain.

Future of Blockchain Technology in the Telecom Industry?

Fraud detection and Prevention- According to a report published by Deloitte, the telecommunication industry loses around $ 38.1 billion every year. Several people use fake identification methods in order to purchase services, but blockchain implementation can change this. Owner’s identity can be tied to the mobile device using the owner’s public key and no one would know the broadcast as it usually happens through International Mobile Subscriber Identity.

Safer Mobile Payments- Blockchain technology allows safe transactions (but only one-time that can’t be undone) since plenty of payment services are now are based on distributed ledger technology. Companies like Swisscom and Beluga Pay are already doing it, but India is yet to see this change.

AeoLogic understands that blockchain can strengthen security measures and eventually increase revenue streams. AeoLogic works in complete collaboration and cooperation with the Indian Government, to facilitate the faster implementation of blockchain technology that can alter public business and economic models.

Get in touch for a quick consultation for blockchain-based enterprise and business models.

The Importance of Innovation in International Business

Digital Transformation Is Not About Technology—It’s About Change

Is Printing Money is a Valid Response to the Coronavirus Crisis? 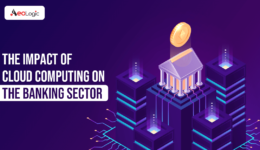 The Impact Of Cloud Computing On The Banking Sector