What is the importance of regression testing in agile development? Agile helps with performance testing with its unique benefits in software development and testing life-cycle.

How to Implement Regression Testing in Agile

Regression testing allows testers to identify new bugs or errors and solve them in the new build. It also ensures that the user experience remains intact and allows all the features to work seamlessly.

With respect to the early feedback loops in agile processes, it is very natural and well-recommended way to divide complete product backlogs into multiple iterations and thus the interactive and incremental mode is a relatively smarter way to develop and deliver software by ensuring the customer collaboration after every iteration release, if not every day.

These continue releases, at one place, where harnesses the competitive advantage it also engenders challenges for the testing team. In this same regard, one of the most common and challenging parts is to plan and perform “Regression tests”.

Can You Feel It?

In the incremental way of deploying thing (features) on prod environment, QA has to always ensure that the newly added functionality should not impact (badly) on already existing and working features out there. This was not that frequent in the traditional way of working but in the agile process, this has become one of the keys to differentiating the success of the particular release. The general study says that how well a QA & Software testing team is handling regression part, defines the quality of code to be deployed on production. Appropriate regression testing and their results generate a quantitative insight which helps in gaining confidence in how the production environment will be performing after a new deployment. So regression testing is a vital part of overall testing activity.

Simply, What It is?

Regression testing, in a layman term, is a type of testing performed in order to not to “Regret” on things which we are adding new on top of already existing and up n’ running system. Nowadays it requires both system and domain experience to decide what all test/scenarios should be part of the regression suite and then it is recommended to automate complete regression suite. As a testing lover, we always believe in executing entire regression suite through automation tool whereas the complementary (rather mandatory for us) activity is to execute partial regression on basis of impact analysis specific to current changes of release.

This partial regression should be done by UAT testers to ensure the user critical flow has not altered unintentionally. While regression testing is a pure safeguard of any release to production (or beta) the test automation is absolutely a needed approach to be included for impactful regression testing. So the simple learning is, if your regression is not prepared, you may need to prepare for regrets.

Regression Testing Has No Alternative in Agile

Some people equate “agile” with moving nimbly, adaptive to change, and so on. But let’s face it: business really tends to reduce this as being “the ability to move fast.” So, what I believe is, Moving fast <in the short term> is not possible unless the shared understanding of quality is under control at all times. So what this means is that a testing strategy is needed that says testing is a design activity and automation is a core part of the strategy.

Ironically, Moving fast <in the long term> is not possible unless the quality of your product is being tested every day, every time with reference to all major functionalities to be working is under control at all times. And the only way to control both above aspirations is to have anexecutable source of truth “Well crafted regression testing” which in true sense enables us to reason about the system at all times.

Implementing regression testing in agile development that the quality of the product is in alignment with the new features to avoid future reworks and also ensures that it meets the customer’s expectations on time.

What Is The Difference Between Artificial Intelligence And Machine Learning? 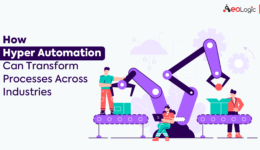 How Hyper Automation can Transform Processes Across Industries 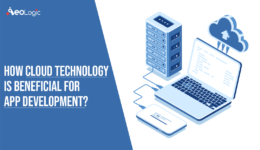 How Cloud Technology is Beneficial for App Development?