According to data provided by various surveys done by BroadbandSearch, the use of the mobile Internet has only grown ever since it kicked Off. Data says that in the year 2017, 70% of worldwide internet traffic came from mobile users. Most notably, 90% of the time spent on the phone is spent on the apps inside.

Mobile apps are the future, at least for the next decade. Our lives will never be the same without the apps that we use on a daily basis and have now become a part of our routine. There are millions of apps in the world that are being launched every day, and everybody wants to hit a home run in the world of apps. To do that one would have to achieve two seemingly easy milestones:

But reality says that 80% of the apps are never used again after downloading once. We all know that the mobile app industry is insanely competitive. With over 9 million apps in the world, only the most relevant and cutting-edge technologies survive.

Without further ado, let’s dive right into it and see what’s in store for the future of mobile app development and see which technology is trending in 2020.

Wearables are creating quite a buzz among users. Many people in the world are already using wearables in the forms of smartwatch, trackers, fitness bands, smartwatches, and even smart rings. Wearables have completely changed the way we interact with devices.

The arrival of the 5th generation wireless cellular network in the nearest future, it has now become possible to transmit millions of data from a system to all the connected devices globally, in just a blink of an eye. The emerging 5G network connectivity has made the mobile app developers all around the globe to prepare their existing app to win the 5G race.

And the speed of this network isn’t the only thing that makes it better than 4G. 5G also offers a lot of notable pros like low to zero latency, increased connection density, improved precision, improved battery life, and many more

From the day it came to light, Blockchain has changed the game in a way that we can witness this in its offerings in the forms of cryptocurrencies as well as smart contracts. Blockchain is one of the biggest revolutionary technologies in the current scenario.

This technology offers the best ever security for all sensitive data. In simple words, this much-hyped technology has the potential to remove large amounts of record-keeping and streamline the supply chains in a way never seen since the internet has arrived. Blockchain is even used to build decentralized apps, which are those apps that have no owner, and neither anyone can shut it down, nor it has any downtime. Clearly, Blockchain has become more useful and powerful than we could even imagine. Blockchain is contributing to the mobile application industry by making mobile apps decentralized itself.

The interest for VR and AR applications have spread over across multiple industries like retail, medical services, instruction, travel, and so forth. Mobile applications are utilizing AR & VR technologies in creating amazing viewer experience for the users for businesses in increasing sales.

There are a lot of mobile apps that are based on AR and VR and are already dominating the App and Play Stores. These revolutionary technologies have gained massive momentum in the year 2020. With the Covid-19 pandemic, there has been a huge shift in artificial technology advancement.

In the world of mobile apps, chatbots have just taken over various correspondence angles. Data study and experts say that by the end of 2020, around 85% of communications that we will make with organizations will be through chatbots. A part of it is also related to COVID-19.

During the pandemic, the businesses have made a 360 degree shifted in their approach. With all the workforce sitting stuck at home, business communications have been affected drastically. Chatbots, however, have come in handy for people already implementing. Most of the global communication, customer servicing, has been handled by chatbot technology.

These bots are prepared to talk with the customers in an increasingly conversational manner. You can even expect the chatbots to use slang as well for a more realistic experience.

However, we all know that it has become much more comfortable to develop than ever before. With the successful arrival of all these trending mobile application technologies, everything is going to be a hundred times better, smoother, faster, and way simpler in 2020.

It would be definitely fascinating to see what the future holds for mobile app development.

AR and VR are throttling up to exhibit its amazing innovation in 2020 than this year or the past one. 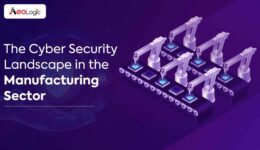 The Cyber Security Landscape in the Manufacturing Sector 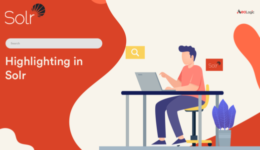 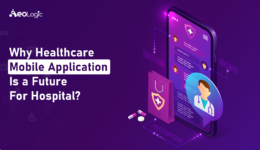 Why Healthcare Mobile Application Is a Future For Hospital?