For centuries, technology has played a critical role in how we protect endangered species, as well as how we respond to emerging threats to wildlife. Wildlife conservation efforts are now comparatively more rigorous and efficient, due to the advancement of diverse uses of Artificial Intelligence (AI). Researchers can use AI to pinpoint the position of animals, the date and time of the sighting, migratory patterns, population dynamics, and even the social environment of the animal.

AI is used by conservationists to track and protect animals in their natural settings. AI has the potential to help save endangered plants and animals. If forest rangers observe such species, they can be safeguarded against natural disasters like wildfires and floods and illegal actions like poaching. To achieve accurate forecasts, AI-enabled devices, applications, and analytic or surveillance systems are used.

This blog highlights the benefits of using AI in wildlife conservation, with examples of some AI-enabled technologies.

1)  – AI has a significant role in the conservation of species that are on the verge of extinction. Machine Learning in Robotics and Drone Image Dataset are two examples of AI-enabled technology that can monitor these species, assisting animal conservation organizations in demographic management.

2) – Scientists are evaluating data linked to the number and well-being of whales utilizing marine robots, remote–sensing, and machine–learning models on Microsoft Azure.

3) – Environmentalists are using AI with predictive statistical modelling to monitor Antarctic penguins on a real-time basis.

4) – The World Wildlife Fund and Intel are working with academics on a mission to use artificial intelligence to preserve and assess Siberian tigers in China.

5) – AI is also being used to recognize and analyze elephant call recordings, assisting in the creation of an “elephant dictionary” by correlating sounds to behavior, designed to safeguard elephants against poachers. The Elephant Listening Project involves collecting and classifying data about Savannah Elephants living in Central Africa’s deep rainforests using neural networks.

6) – To aid rangers in combating poachers, an AI-enabled program called Protection Assistant for Wildlife Security (PAWS) has been established. PAWS connects to another technology, called the Spatial Monitoring and Reporting Tool (SMART), which maintains information on poacher movements. The PAWS software finds patterns of animal behavior using AI and machine learning, as well as inputs from SMART. PAWS have been adopted into over 100 wildlife sanctuaries in Africa and Asia, as well as 300 to 600 globally, thanks to its connection with SMART.

7) – Through a sentient monitoring system, AI can also aid in the administration of illegal operations. Poachers can be detected on the ground using AI-enabled UAVs (Unmanned Aerial Vehicles) and night vision cameras, alerting forest rangers to intervene before any animals are killed. AI-enabled cameras with a quick warning system can easily identify humans carrying firearms and participating in other suspicious behaviors. To prevent wildlife poaching, AI cameras have been developed utilizing Intel’s neural network techniques.

8) – Computer vision cameras are excellent tools for park rangers and other organizations to use in detecting and preventing wildlife poaching. TrailGuard AI has cameras that can chase down poachers and halt them in their path. It is already being utilized in national parks to safeguard wildlife, catch poachers, and even assist government agencies in breaking up criminal animal-trafficking networks. The cameras are compact enough to be hidden along paths. TrailGuard AI can detect people in photos and send them to park headquarters via the Global System for Mobiles (GSM), long-range radio, or satellite networks. The image pre-processing inside the TrailGuard AI camera is handled by small Intel Movidius Vision Processing Units (VPUs), which execute deep neural network algorithms for object identification and picture categorization. When the system recognizes individuals among the photos activated by movement, it sends out electronic notifications to park staff, allowing them to dispatch rangers.

9) – Convolutional Neural Networks are being used by researchers to find waste products floating or sinking in the water bodies and to warn marine animal conservation organizations so that they can be collected and removed.

10) – AI can also be used as a fire alert system, detecting flames and smoke from cameras on steep mountain peaks. AI program analyzes high-resolution satellite photographs to forecast the degree of burning of plants during a fire and then works with the data to aid in fire prediction. Because factors such as moisture and wind might have a negative impact on fire, the desired meteorological data is sent into the algorithm to aid in the forecast. Recurrent neural networks have been applied in the United States, and systems such as WIFIRE, IGNIS, Wireless Sensor Network (WSN), and Fire Weather Index (FWI) are now assisting in predicting where fires will originate and how big they will become.

The application of Artificial Intelligence to monitor and conserve wildlife is still in its initial stages, but it transcends the efficiency of present approaches, which are either time-consuming, manual-labour intensive, or error-prone. Since wildlife conservation is one of the most pressing environmental issues, greater study into AI as a revolutionary solution is essential.

How Technology Plays a Role in Modern Manufacturing

The Role of Technology in the Evolution of Retail

Impact of Innovative Technologies on the Mining Industry 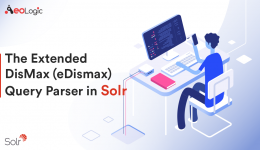