And, being a participant of this steady transformation, and assisting the Government of India in implementing technological support for easing the effect of the pandemic—We feel it is necessary to disclose which technologies can be used to develop mobile applications in the coming year.

Flutter is an open-source mobile application SDK, which is created by Google. It is basically a UI toolkit that developers can use to create beautiful and natively compiled applications for web, mobile and desktop from a particular codebase. As promised by Google, Flutter offers–

Java is one of the most popular programming languages and continues to inspire many developers to date, all because of the availability of the open-source library to chose from. It is an object-oriented programming language and also an official Android development language. One of the best parts of being a JAVA programmer is that it offers the best community support and documentation as well. So a lot to learn from and scale from this language.

Advantages of C++ that stands out–

It is difficult to pick out the best from this list since every programming language offers its own set of benefits. JAVA, Python and C++ are amongst the evergreen languages, but as the world of technology is progressing new options like Flutter has started to prove its mettle. If you want to create a mobile application for your business and are uncertain about the choice, the allow us to consult your requirement. Write to us or comment below.

Benefits of Implementing ERP Systems in the Logistics Industry

How Are AI and Machine Learning Benefiting the Healthcare Industry? 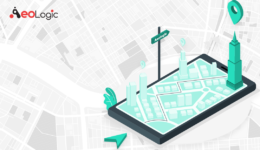 Here’s How IoT can Manage EV Transition in India

How Technology is Changing the Future of Logistics