Angular developers recently got a reason to rejoice with the release of Angular 14 on the 2nd of June, 2022. The latest version of the TypeScript-based web app framework by Google followed in the successful footsteps of Angular 13. Angular 14 has addressed many issues that bugged developers in the previous version.

Angular 14 now comes with CLI auto-compiled, typed reactive forms and directives, on top of a developer preview of standalone parts. All these offerings make Angular 14 one of the most prominent releases brought forward by Google. Even better, Angular 14 also supports the latest TypeScript 4.7 release.

But this is not all that the Angular 14 release is about, as the framework comes with many other new features and updates. So, this article will walk you through some of these new features to help you understand how all these offerings will benefit you.

New Features on the Angular 14 Release

Angular 14 has brought forward many new features and functionalities that help developers in many ways. So let’s check out some of these latest features.

The age-old GitHub issue of Angular is now history with the Angular 14 release.

Hence, the implementation of strict typing for the Angular Reactive Forms Package is no longer an issue for developers. These typed forms are essential in ensuring all values within the form groups, controls, and arrays are type-safe across the entire API surface. As a result, developers can now access safe forms, especially for deeply nested complex cases.

As a result, developers can reasonably add typing to existing forms, along with comprehensive background capability.

Template diagnostics just got even better with the release of Angular 14. Developers are no longer required to worry about basic mistakes by compiler matching to the typescript code.

Enhancements of this sort are ideal for developers as previous versions of Angular, including Angular 13, failed to show any warning by the compiler. As a result, a development failure occurs whenever an issue restricts or prevents one from doing so.

But fortunately, this changed with the Angular 14 release, as developers are now getting warnings about any fundamental issues. These issues might include unnecessary operations with a non-nullable variable or an incorrect two-way binding syntax.

Besides that, the Angular 14 release allows developers to carry out diagnostic tests by expanding a new private compiler. Consequently, the compiler gives out certain information or warning diagnostics for user templates that might not be precisely deadly.

One of the most significant enhancements in the Angular 14 release is the addition of standalone components.

Along with the standalone components, the Angular Apps writing process has become much more straightforward than it was before.

Using these standalone components means developers need not worry about using NgModules. Consequently, developers can now get a preview of an entirely new and different way of writing them. The manner of writing is made possible with the Standalone Components and not the conventional NgModule.

This feature is available in the developer preview, which means it can still change until it gains complete stability. It is one of the most significant changes in how people write codes for Angular Apps shortly and beyond.

If convenience is something that you have been complaining about with the previous versions of Angular, then Angular 14 is here to address these grievances. The release is all set to make your experience far more convenient. It starts with the new change detection instructions on Angular.io.

Angular 14 comes with many in-built tools that enable developers to facilitate the seamless building of premium quality applications. Be it routing to the code editor to starting new modification detection instructions on the angular.io.

People who have mastered the Angular CLI can settle with enhancing their productivity with the delivery of required commands. These commands further make different artifacts such as modules and project directives and access an extensive range.

One might still need to visit the official guide to scrutinize the commands and their options.

But this is no longer a requirement with the Angular 14 release as it automatically delivers all the latest features in the CLI. As a result, you can facilitate real-time typing ahead of the terminal’s auto-completion.

Developers need to start by running the ng command in the terminal. Following this, they need to type the ng command and then press on Tab to find all the positive options available. They can then select the one that best suits their requirements and Enter.

But that is not all because working on an Angular 14 project also means access to even more auto-completion options. One of the best known of these options includes the ng create command option. Hence it will be the first time you need to execute the ng completion command right within the terminal.

It can often be a hassle to work on Angular when offline. But this will no longer be an issue with the launch of Angular 14, where developers can access Angular DevTools debugging extension even when offline. Firefox users can find their extensions under the Add-ons offered by Mozilla. But this is only limited to Firefox users.

For the first time, Angular now supports passing in an operational injector while creating an embedded view. However, this was not possible with any other version of Angular, but thanks to the Angular 14 release, it is now possible.

The injector, in this case, will allow for dependency injection behavior for seamless customization but within the specific template. As a result, the cleaner APIs can now author reusable components and the component primitives in the Angular CDK.

Should You Consider Using Angular 14?

The Angular 14 release has come forward with a wide range of enhancements. But the standalone component in this release has helped simplify the Angular developer effectively. Besides, the entire Angular community pours in extensive efforts only to ensure web developers can access the enhanced version of Angular.

As a result, Angular developers can make great strides and meet their end users’ specific needs and requirements with minimal hassle. So now that you are aware of what Angular 14 has to offer, it only makes sense you use this to your advantage.

The Angular 14 release offers a wide range of enhancements that make things much easier and more convenient for developers. These enhancements were carefully curated to ensure. Angular developers face minimal challenges when developing Angular apps. So make the most of this development and hire Angular programmers to create the ideal app.

How RFID Tracking is Reshaping the Distribution Process 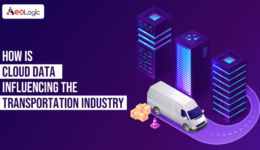 How Is Cloud Data Influencing The Transportation Industry

How is Big Data Used to Control Food Supply Chains? 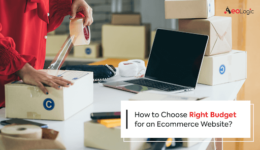 How to Choose the Right Budget for an eCommerce Website?