The factory of the future is a much more fluid, creative process, with technologies and humans working side by side. The reason behind this is the continuous evolution of technology, which has led to digital transformation. The manufacturing industry is transforming digitally globally, and that too at a very rapid speed. The reason for this is the implementation of various technologies. In this blog, you will learn how 5G will support this digital transformation.

So let’s get started!

The Future Of Manufacturing

Packaging is the primary factor that is getting optimized in the digital transformation. In today’s time, the way packaging was used to be done is getting changed by the CPG manufacturers. The transformation in manufacturing is making a positive environmental impact as packages become smaller and boxes are reduced, But it’s also a win for manufacturers, as they are able to get better positioning on e-commerce sites that tend to focus more efficiently on packaging materials.

For midsize manufacturers, that is very important, those savings and those advantages, are where they build momentum for growth. But in the case of bulk shipping, developing one packaging operation for retail, and another for direct-to-consumer means more equipment to monitor and maintain.

The Need For 5G

To integrate new systems, manufacturers will have to tap into the speed of 5G to track analytics in near-real-time. This means machines that need attention could essentially speak up and ask for help way before they become major maintenance issues. All this can be handled by machine learning and internet of things (IoT) sensors.

These new technologies generate tremendous value, but they also generate a tremendous amount of data. A latency factor, where there’s a delay in data going out and data coming back in, can actually create a negative impact.  It’s possible to avoid that altogether by processing data with near immediacy at the edge of the network. Edge-to-edge intelligence is the outcome form to drive performance and better outcomes.

What Is 5G Technology?

5G is the latest generation of mobile networks, and it’s a huge step up from what we have available to us today. The jump from 3G to 4G networks was pretty huge. 4G to 5G is many times greater than in the past and is almost difficult to comprehend.

5G is an entirely new kind of network designed to connect virtually everyone and everything together, be it smart devices vehicles even industrial machinery. 5G will co-exist with existing 4G networks until coverage is expanded significantly. But it will eventually evolve into a standalone network that operates independently.

The appeal of 5G moistly spoils down to speed and insanely fast response times referred to as latency. Latency is the time it takes for devices to respond to each other over any wireless network. 3G networks have a response time of around 100 milliseconds, 4G have around 30 milliseconds, while 5G networks predict latency figures as low as 1 millisecond.

This virtually instantaneous communication will open up a new world of possibilities for anything with an established network connection, as well as benefit our internet experiences. Hence, it will be correct to state that 5G technology is under heavy expectations with the progression of emerging technologies.

5G operates on three different spectrum bands between 600 megahertz and 86 gigahertz. These numbers will end up having a noticeable effect on your everyday use. The three spectrum bands that your 5G network will operate are as follows:

It is the most common band used by carriers in the US for 4G LTE. The low band spectrum offers the widest coverage and wall penetration, but it doesn’t offer any great shakes in the speed department. 5G network running on low band network will only run around 20 percent faster than the current 4G, with peak data speeds topping out at 100 megabits per second.

It offers the highest performance for 5G, however, it also has a drawback in it. The high band spectrum can offer a peak speed of up to 10 gigabits per second and has almost non-existent latency. But its coverage area is narrow and penetration is poor. So, to utilize this network to its full potential, users will have to access plenty of cells that are all relatively close to each other.

Slotting somewhere in between the above-mentioned two spectrums is the mid-band spectrum, which offers a balance of both speed and coverage. The mid-band provides faster speeds and lower latency than the low band, with a peak speed of up to 1 gigabit per second. Though in comparison with the high band in terms of power, the mid-band spectrum will lack behind. But it will be more than enough in real-world use and for most applications. The coverage and penetration of the mid-band will also make it a very reliable and consistent connection.

To sum up, For manufacturers of the future, growth can be in different things. They’ll be started to see co-bots, where humans and robots work together. Implementation of drones applied to the factory floor. The future also holds some really fascinating things like the self-processing, in which manufacturing items are, to a degree, building upon themselves. The implementation of all the advanced technologies will generate a good amount of data and with the support of 5G technology, this data can be penetrated easily.

Are you looking to implement 5G into manufacturing? If yes, so, please feel free to contact us at support@aeologic.com

How to Create New Business Value Through a Platform Model

Automation to Help at Times of High Demand

How Does Technology Aid In The Fight Against Forest Fires?

The Importance of Digital Transformation for the Industry 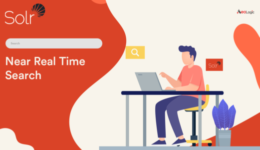