Corona Virus silently crawled into nearly every street of the world. Till date, i.e. May 8, 2020, it has infected millions, killed thousands, murdered economies, baffled scientists, traumatized health care professionals, and in the process has infused endless fear amongst the masses. The biggest impact of COVID 19, second to world health has been on the economy and consequently on the financial systems.

Bigger and more terrifying questions now arise around debt and savings management. With no income to look at for almost half of the world, financial planning for the future is now a stressful affair. However, policymakers today are promising to “prop-up” the economy, central governments of a few selected countries are raising demands to print more money in order to ease their pandemic employs.

But is it really this easy, to just print more money and put a stop to corona crisis, let’s find out?

Is It Natural That Governments Print Money at Will?

In times like war only, central banks often hand over freshly printed banknotes to the government. In a case like the pandemic, the fight against inflation in the economy is usually postponed until after the crisis. But many experts and even we feel, that there is no need, at least now, to relax the structure of autonomous, inflation-targeting central banking.

Considering the Other Side – Printing money might appear as too easy, but without limitations, and permitting the Government to finance itself can increasingly lead to hyperinflation.

Is printing money a viable option right now? The financial markets are already under a crisis, something similar to the 2008 recession. This means that the economy is all set to go worse. On the other hand, consistent business failures can create widespread mass bankruptcy, further leaving millions jobless even after the coronavirus is contained.

The Best Option as Decided So Far Are-

Funnel lending to solve the problem of cash-flow-  Many countries especially the USA, for example,  is following a multipronged strategy in order to try to funnel lending on pre-decided and favourable terms to help businesses facing a struggle.

However, the central economic challenge right now is ensuring that otherwise small businesses do not succumb to the ongoing market crash due to COVID-19.

Industry Highlight- Companies that were following traditional modes of business are the most affected and due to the sudden rise in disruptive technologies, several companies are now forced to adopt disruptive tech in order to survive.

How Will Printing Money Affect the Man on the Street?

The Governments at present are trying to replace the COVID-induced recession by adopting this unorthodox stimulus measure–printing money. The government will have more money now to regulate a self-sustaining economy again. But still the “too simple printing of money” can distort the macro-level balance.

Keeping aside financial problems, printing money solves only the problem of the government. Remobilization of the economy and making people return to their productive employment will take a much longer time, maybe months or even a year.

Borrowing the money from the future might seem to be a significant step and can indeed renew the confidence of both private and public sector investors. But in the end, the man on the street will suffer, since the circulation of new money will first resolve issues at hand—damage control by the pandemic.

The only way people’s life will become easier is when they get access to public relief funds launched by the government (something which America’s CARES Act is meant to do). This step is again generous, required and relevant but owing to the mass money distribution system adopted by the government, failures have already started to make rounds.

In the end, printing money is a necessary step which will control or ease the failures of the Government that came out in the wide-open during the pandemic. What do you think, is printing money a viable option?

Note- AeoLogic is at present working with the Government of India and is helping them launch and implement disruptive solutions to curb the pandemic. Our company has been an active participant in assisting the Governmental authorities in order to find and execute proactive measures required to control the virus.

Opportunities for Greater Use of AI and Blockchain in Smart Cities 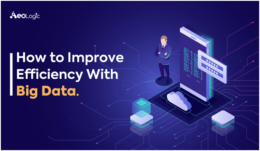 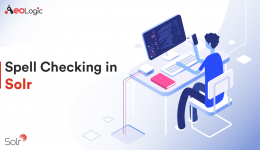 How Cloud Computing Is Shaping the Future of Logistics